Based on the phenomenon of boundary layer adhesion described in the magazine article, Interfering influences on the cooling lubricant supply during grinding - Part II - Paragraph g) Air cushion, additional studies on the form and characteristics of the grinding wheel air cushion are available in the literature. In addition to FEM (Finite Element Methods) and CFD (Computational Fluid Dynamics) analyses, optical measurement methods with a laser Doppler anemometer are also used. In order to be able to compare and relate the characteristics of the air cushion with the cutting speed vc of the grinding wheel, the flow velocity of the air cushion in m/s is to be regarded as a significant measured variable.

Figure 1 clearly shows the fast air layer near the grinding wheel surface. In addition, the decrease in velocity with increasing radial distance from the grinding wheel can be seen. According to Wu/Morgan, the decrease in air velocity in the air cushion is described as exponentially decreasing. Air velocity measurement by means of a laser Doppler anemometer shows this relationship for various circumferential velocities vc between 20 - 40 m/s.

The velocity profile of the air cushion can be characterized by the measured values. The highest flow velocities of the air cushion occur close to the grinding wheel surface. These correspond analytically, at a distance of 0 mm, to the circumferential speed of the grinding wheel. At the measuring point of the smallest radial distance, a clear decrease in the flow velocity can already be seen, which continues to decrease quadratically with increasing distance.

In detailed investigations of the Rheinische Fachhochschule der Stadt Köln under Prof.-Dr. Ing. Wilfried Saxler and Mr. M.Sc. Roman Stabbauer on the subject of air cushion characterization during grinding, further informative findings were obtained. To characterize the air cushion, the flow velocity and the dynamic pressure in the radial and axial direction of the grinding wheel were measured using a Prandtl tube. 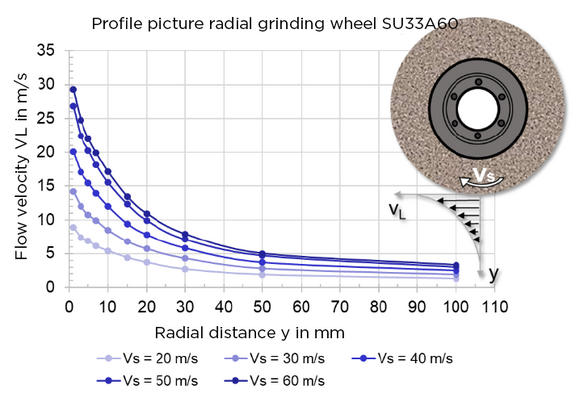 Figure 2: Measurement of the flow velocity of the air cushion with different distances in radial direction at different velocities [Sax/Stab] 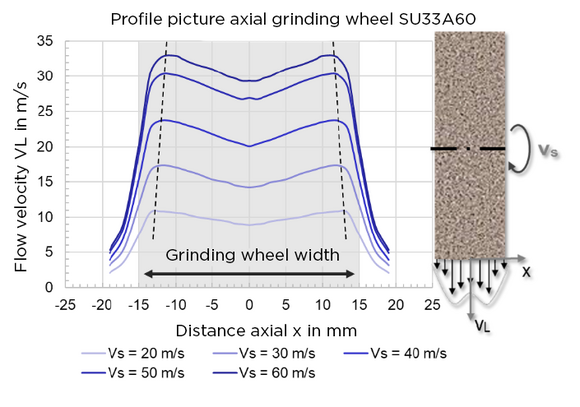 Figure 3: Measurement of the flow velocity of the air cushion with different distances in axial direction at different velocities [Sax/Stab]

The same investigations were additionally carried out with a finer and denser sintered corundum grinding wheel, a very fine and closed diamond wheel and a smooth steel wheel. It became clear that the flow velocity, and thus also the influence of the air cushion, decreases with a finer grit size or a smoother wheel surface. A coarse and open-pored grinding wheel can carry more air with it and accelerate it more. A diamond grinding wheel with a dense bond has no porosity and can be compared to a smooth steel wheel in terms of air cushion. Hardly any difference can be observed here, although the surface roughnesses differ significantly. The porosity thus has a greater influence than the topography of the surface.

By defining a slope μL for various types of grinding wheels, it is thus possible to describe the formation of the air cushion at different wheel circumferential speeds. To analyze the interactions between the coolant supply and the air cushion, series of tests were carried out with a high-speed camera. Here, for example, it was observed how the coolant jet, which hits the disk tangentially, behaves when the circumferential speed is increased or when the exit speed is increased. 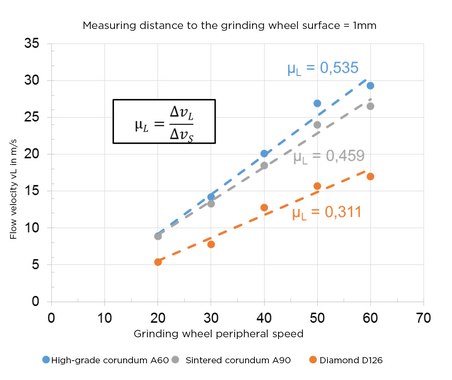 Figure 4: Influence of grinding wheel topography on the formation
of the air cushion at different wheel circumferential speeds [Sax/Stab] 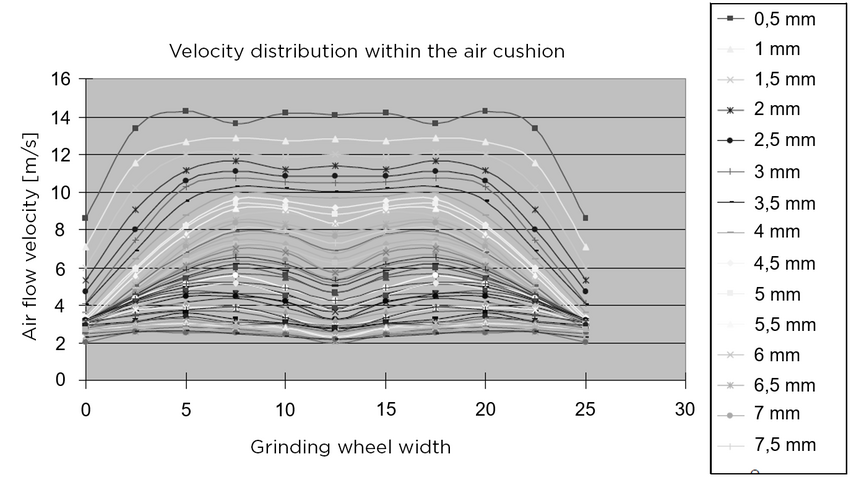 In summary, the grinding wheel air cushion can be reduced in terms of the occurring flow velocities to a vertical and a horizontal flow force component, which arises from the internal friction of the air and from boundary layer adhesion between air and grinding wheel. According to Wu/Morgan, these can be converted into an x and y coordinate direction. By using optical measurement techniques (laser Doppler anemometer), the velocity profile of the air cushion can be determined. For the development of the velocity as a function of the radial distance, a quadratically decreasing course can be determined. When the velocity profile is viewed axially, the flank areas of the grinding wheel exhibit significantly lower flow velocities compared with the center.

The grindaix team offers its customers a professional design of nozzles, which allow to weaken the air cushion according to the requirements in such a way that it no longer has a negative influence on the cooling lubricant supply during grinding. These nozzles are offered by Grindaix under the technical name GRX-LAS nozzles. With professional and expert nozzle engineering, the cooling lubricant supply experts at team Grindaix always make sure that there is no undesirable aerosol formation in the machine room of the grinding machine. When oil is used as a cooling lubricant, this can lead to oil-air mixture explosions and, in the worst case, to machine fires. Excessive aerosol formation also leads to increased discharge of cooling lubricant from the grinding machine via air extraction units or, in the case of non-enclosed machines, by simple discharge via the ambient air into the machine hall. This leads to a negative impact on the working environment of the machine operators (danger of slipping/contamination of the ambient air, ...).

Kontaktieren Sie uns jetzt!
Back to the magazine overview
To the next magazine article

Climate change, as described in a very detailed risk research by the European financial institutions, poses an unprecedented challenge to the governance of global socio-economic and also financially acting systems.

Coolant monitoring systems can significantly contribute to increasing reliability and efficiency by collecting and evaluating a wide range of measurement and condition data in the coolant system.

Zero Emission Production helps to reduce carbon dioxide emissions permanently while at the same time increasing the availability of production resources and avoiding the waste of operating materials.

In electromagnetic flow measurement (EMF), an electrical voltage is generated by the interaction between the flow velocity of a liquid and a magnetic field. This principle is based on Faraday's law of induction.